Ahhhh Bali, the luxury destination everyone is desperate to go to and we got to actually do it. Well, not in a luxury way as such for us backpackers but it was still amazing.

Going to Bali after being in Thailand, Laos, Vietnam and Cambodia for over 2 and a half months was very strange. There are western shops and restaurants everywhere. Walking past Jamie’s Italian and Hard Rock Cafe everyday in Kuta left us having to remind ourselves we were actually in Indonesia.

Landing in Bali was stressful, very stressful. You will get stampeded by a herd of taxi drivers asking “where you from?, where you go?”, and don’t dare try and tell them you have organised an Uber. We were literally followed out of the airport by about 10 people and it got a little intimidating. You’re not safe outside of the building either, ooooh no, they are all just sitting around waiting for their prey, lost looking white teenagers with a big ol’ backpack. We met our Uber driver halfway up a multi-storey car pack so they didn’t see him.
For most of our duration in Bali, we stayed in an area called Kuta Beach. We arrived at our hotel at around 11pm absolutely STARVING, now in any other of our previous destinations this would have been a real issue. However, Indonesia has a beautiful company called Go Jek, which is basically deliveroo but with a more complicated system where the driver texts you to confirm the order. Airplane mode was still switched on on my phone…but after a few very confused attempts, we had a McDonalds 👍🏼 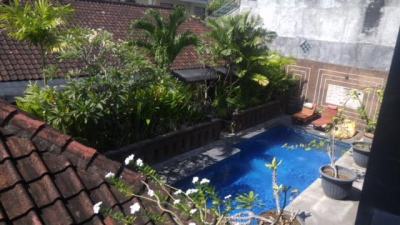 We stayed in an extremely cheap but very nice hotel with a pool (that becomes a REALLY big deal when you’ve been staying in questionable hostels for nearly 3 months). It was a little walk away from the Main Street and beach, but that meant we could see all the little shops and restaurants in all the backstreets (and tourist information centres every 5 minutes that try to get you booked on a tour ‘tomorrow’, be prepared to hear the word ‘tomorrow’ a LOT)
If you ever find yourself in Kuta and missing some more familiar food for your Western palette, make sure to go to Pronto Pizza. Definitely the best pizza we found on our trip and I find myself reminiscing about it sometimes…

The best food we had though was definitely from Warung Indonesia. This restaurant specialises in a cheap buffet style meals, after picking everything you want from the buffet, you get a ticket with the price on that you can pay after your meal. This restaurant is honestly one of the first memories that pops into my head when thinking back on our trip, how busy it was, the wooden benches and incredible art work all over the walls just felt like a truly authentic and traditional experience, which are sadly dying out with the success of tourism. I would love to go back there.
The best memory of Kuta is definitely the beach, and not just sitting down on tiny little plastic chairs, drinking a beer and enjoying the sun. Kuta beach has a turtle charity, where they collect eggs laid on the beach and keep them incubated until they hatch, to improve the survival rate. Due to the beach being so busy now, it is very likely for baby turtles to die before reaching the sea. When trying to follow the moonlight, they get very confused with the loud noises and bright lights coming from the town and can end up going in the wrong direction, a fatal mistake. At the charity, anyone is allowed to donate and release a hatched baby turtle into the sea. It was such an amazing experience to see our little turtle waddle down the beach and into the sea, popping it’s head up once it reached the water. 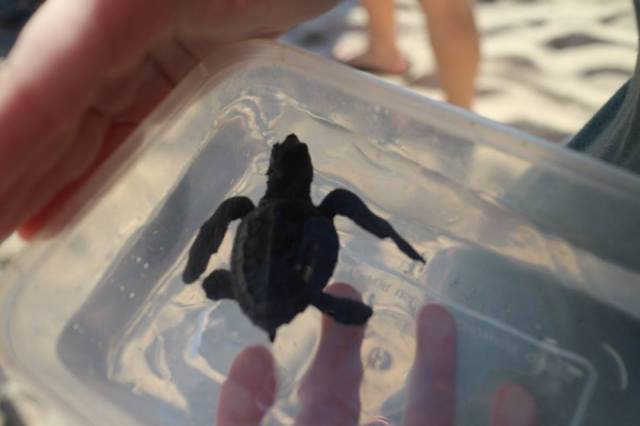 I would absolutely love to return to Kuta one day, as well as see other parts of Bali that we weren’t able to. Next week: Ubud ❤️

6 thoughts on “Saving Turtles in Bali”

Intrusive thoughts are something I often struggle with. My brain will always try to convince me of things that make me panic. This can be anything from leaving the gas on or not locking the door, to truly believing I’m dying from a disease that the doctors haven’t found. This form of anxiety can be really scary sometimes and I often have to rely on my support network to let me know if my thoughts are justified or completely irrational.
moody ass gemini over here that can’t make a decision about ANYTHING✌🏻
Had my first shift back at work yesterday, things are very different there but it’s still making things seem much more back to normal! (at least when it comes to the normality of my life). Excited to go back to having finances back to normal and just to have a bit of a break of not having to worry about literally EVERYTHING 🤞🏻🤞🏻🤞🏻
And just like that...things are going back to normal🌼
So much on my mind at the moment that it’s starting to get difficult to cope. Got very little sleep last night because thoughts were going round and round in my head...and then it got to the point where my brain was so wired, it was song lyrics in between the worries 🤦🏼‍♀️. Trying to fall asleep and my crazy brain is just singing?!?! Not the time 😂. At least after a rubbish night, I can recognise there’s a problem and make sure to set aside time for my mind today. On the agenda is meditating, journaling and getting some exercise 🧠✨ We’ve all had a ridiculously crazy and stressful year, it’s important not to feel bad if going back to normal is sounding a bit freaky to you. Anxiety grows in times of uncertainty, and that’s EXACTLY what this is, probably on the biggest scale ever! So make sure to check in with your mind and make time for it 💕
✨NEW POST✨ and the start of a ✨NEW SERIES✨is up now!
Hi friends! Late night post I know but I’ve had a burst of motivation and excitement! After a real slump and not knowing what to do with my blog anymore I’m so happy to say I’m starting a new series tomorrow! Help yourself and Help the Planet💚🌎 Each post in this series will be on something you can do that, you guessed it, helps yourself and the planet! Tomorrow is the first post and it will be on...Natural Deodorant 🪴✨ It will be up at 12pm and I really hope you enjoy☺️
Read ‘The Family Upstairs’ by Lisa Jewell the other week and really loved it. It took me a little bit to get into, but once I did it was great! Haven’t read a mystery/thriller in a really long time so it was really enjoyable to mix things up a bit✨
Isn’t this weather just gorgeous 😍 absolutely loving welcoming in spring time 🌼🌿 so happy to have sunshine back in my life ☀️