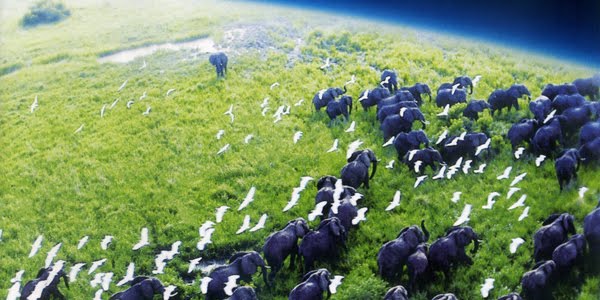 Huuh???? I can save the planet by watching TV? Well, there is a little bit more to it than that but essentially, hell yeah! That’s how my passionate for sustainability started, I’ve always loved documentaries, especially ones about the environment and food, and they are the key factor in what drove me to lead a more sustainable lifestyle.

Everybody should watch more documentaries! They are so fascinating and educational. I try to watch one a month and since having a Netflix subscription that has become far easier. These are my top picks for environmentally educational films and documentaries that you guys should be watching, in no particular order:

I watched this documentary before I had any desire to change my eating habits but wow, it is something you seriously can’t ignore. This environmental documentary delves into the most destructive industry facing our planet today, animal agriculture, and shows us why the biggest environmental organisations aren’t talking about it.  I always knew factory farming was messed up, I’m sure everyone does, but I would have never have thought there was conspiracy and corruption behind it. This movie is a MUST watch and it’s on Netflix now.

If you haven’t seen this film then I don’t know what you’ve been doing since 2004. It follows a man named Morgan Spurlock on a mission to eat only McDonalds food for 3 meals a day for 30 days and if anyone asks if he would like the meal ‘Super Sized’ (Americans have CRAZY food portions), he has to say yes. Spurlock made this film to raise awareness of U.S. obesity. I’ve put it on this list because understanding how evil fast food chains are is the first step to seeing their control on the world and the environment. I’ve also just seen that there is a sequel made last year so I’m gonna have to watch that now too

I still haven’t seen the sequel yet and I hate myself for it but watching this film in my geography class back in secondary school freaked the bejesus out of me. This films shows Al Gore’s slide show on Global Warming he created after his presidential race in 2000. The film was a huge hit and has even been added to the school curriculum here in the UK, it really is a must watch for about how CO2 is killing our planet and what needs to change

I’ve put these two in together because I’ve never actually seen Chasing Ice but I know that Chasing Coral was inspired by it and from watching the trailer it looks very similar and obviously, extremely important.

My boyfriend and I watched Chasing Coral while we were in Koh Rong, Thailand. An island known for it’s snorkelling and scuba diving but where almost all the coral has become bleached, broken and dead. This film broke my heart but also fired up a passion in me to save the ocean. Definitely a must watch

As a kid, these were my absolute favourite programs to watch when they were on on a Sunday night on BBC and when Planet Earth 2 and Blue Planet 2 came out, I think I cried in every single one. My boyfriend and I literally went to Singapore JUST because we had seen it on Planet Earth 2 and knew we needed to go. This is not an option people you need to watch every single one if you haven’t, end of 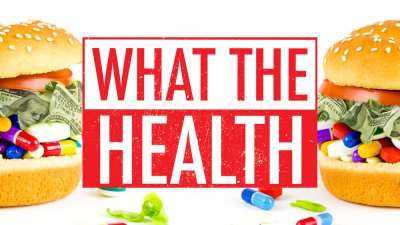 This documentary made me seriously think about what I was eating and got my brain clogs turning about transitioning into a diet less reliant on meat. It’s a follow up film from the creators of Cowspiracy which exposes the corrupt government and business system that keeps us eating meat, which is know to make us sick with disease, to benefit the pharmaceutical companies we spend trillions on. It’s a real eye opener of a documentary that will make you think about what you’re putting into your body
7. Forks Over Knives

I watched this film AGES ago, but essentially it is about the importance of choosing plant-based whole foods in your diet over processed junk. It shows an overview of the 2005 China Study, in which Professor Campbell found that diseases such as obesity, heart disease, diabetes and cancer can be linked to a Western diet of processed and animal-based foods. Again, important to watch for an educational look at how to better your diet
8. Blackfish

I’d be extremely surprised if any of you haven’t heard of this film. It shows us the horror of Sea World and other marine life parks in the way they treat their animals and how they capture them. The movie
tells us viewers the awful way these animals are treated and how sad their lives are surrounded by glass walls, unable to swim free. It gives you a better understanding about animal welfare in zoos and other forms of entertainment and will leave you wanting to raid them all to free all the animals
9. Earthlings 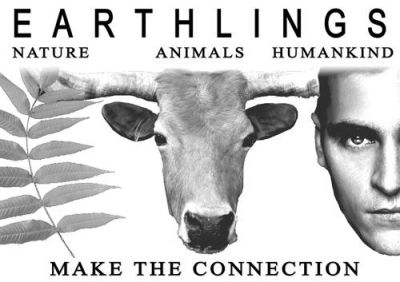 Now I have to admit, I haven’t seen this film. I’m just simply not strong enough, the trailer itself had me in pieces. This film encourages you to make the connection between nature, animals and humans by showing real life footage of the way our terrible species is killing the others. Real clips from deforestation, exploitation and horrendous animal abuse in factory farms that happens every second of every minute of every day. I want to preach that it’s something everyone should watch, but also it’s not for the faint hearted, such as myself. I’ve luckily been able to make that connection in over ways but for so many, this is the film that clicks it all into place
10. Okja

This film was my Earthlings. This film made m understand I had to change my ways. The few times I ate meat after watching this, I became so upset and guilty about what I had done. There was no turning back for me after this. To many this film is a dystopian future, but it’s really not. This is happening right now to cows and pigs and all other animals farmed for meat all over the world. The scenes of the slaughter house and the breeding in the film f***ed me up for lack of a better way to put it. I felt physically ill once this film had ended and I wasn’t the same again. However, lots of people watch this film and somehow don’t experience any of these emotions, I have no idea how but there you go. Please watch this movie and while you do, understand this isn’t a dystopian made up tale, it is exactly what is happening to these poor animals and the Super pig was an amazing way to put it. A MUST WATCH
Wow, ok, I need a binge soon because I realised how long it’s been since I’ve watched some of these. Most of these are on Netflix, if not they are easy to find free online so there’s no excuse really ;). C’mon people, let’s educate ourselves about how we can save the planet, the power is in our hands. I’d say if you’re only going to watch a few, make it Cowspiracy, Chasing Ice/Coral, Planet Earth/Blue Planet and Okja.
It’s easy people, all you have to do is watch some quality TV, learn from it, and spread the message! I hope you all get round to watching some of these
Lon x

10 thoughts on “Small Ways to Save the Planet – Watching TV”

Hi there, I’m Lon. A 21 year old Brit who’s had a lot of adventures all around the world. I love to travel more than anything and have a true passion for sustainability and the planet, which is what inspired me to become vegan!  I hope you grab a plant milk cuppa and enjoy x